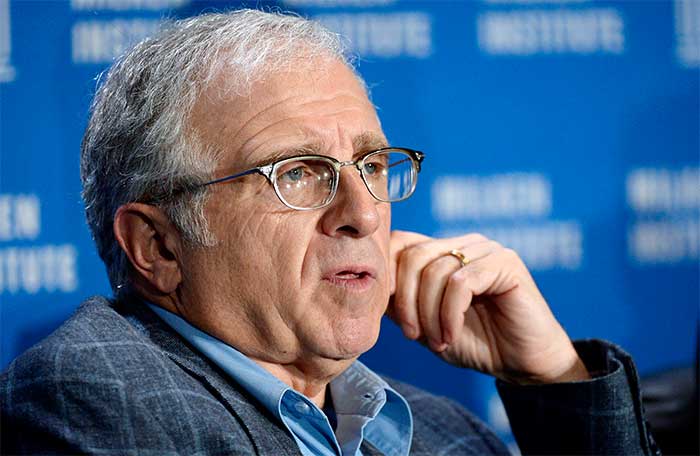 Irving Azoff thinks that songwriters are getting forced to accept sub-standard royalties from radio stations. Â Now, heâ€™s getting sued by 10,000 of them.

Do we still need the government to determine what songwriters get paid from radio spins? Â Radio stations love the cheaper rates, but major publishers and songwriters say the system is rigged for no reason. Â So why not privately negotiate something that both sides like, instead of relying on a Soviet-style government agency?

Enter Irving Azoff, the music industryâ€™s most powerful manager. Â Irving was so pissed off about this, he started an entirely new company to get around government-mandated rates for radio. Â Currently, age-old performance rights organizations (or PROs) ASCAP and BMI are forced to accept government-mandated rates, based on a 1940s-era consent decree designed to limit monopolistic power.

But Irvingâ€™s company, Global Music Rights (GMR), isnâ€™t subject to those regulations and is privately negotiating its rates. Â The reason is that itâ€™s new and for-profit, but please donâ€™t try to make any more sense of it. Â Either way, mega-stars like Pharrell and Ryan Tedder have joined GMR to negotiate higher payouts.

Actually, a lot of artists are doing the same thing, which means that radio stations will soon faced major increases in their publishing performance payouts. Â Which might explain why a group of 10,000 radio stations are now suing Azoff to try to shut him down. Â Theyâ€™re calling GMR a monopoly, and calling the game unfair.

You know how this one goes: when you canâ€™t negotiate, litigate.

The litigation is coming from the RMLC (Radio Music Licensing Committee), a group that claims that GMR can gouge them with unfair rates. Â RMLC doesnâ€™t want private negotiations, which includes the possibility of not licensing certain works or paying more than their â€˜budgetâ€™.

Instead, theyâ€™re arguing that GMC should be forced to charge government-set rates, just like ASCAP and BMI, because of monopolistic abuse.

Sounds like a lawsuit against free market capitalism, and private dealmaking. Â But for the RMLC, the move has already worked with SESAC. Â Like GMR, SESAC is also privately run and free from government-set rates. Â But back in the summer of 2015, SESAC agreed to a settlement with RMLC.

Whether Azoff succumbs to the same legal bullying remains to be seen, though we have a feeling that the RMLC is in for a huge fight.

The RMLC filed that action against GMR with the US District Court for the Eastern District of Pennsylvania.