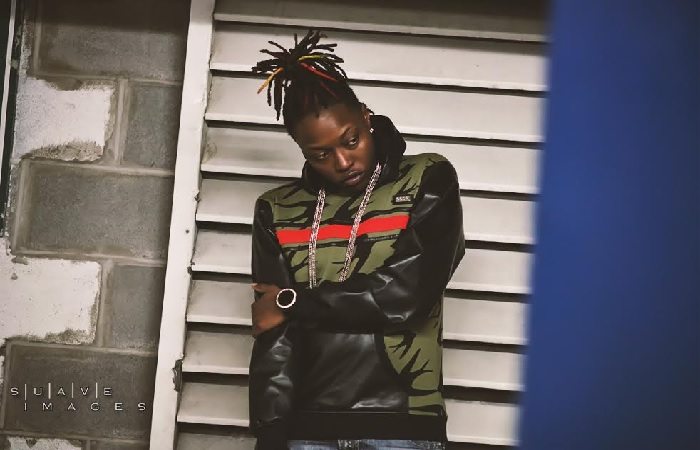 Milwaukee, Wisconsin rapper/singer and Blaqlizt Entertainment artist Kia Rap Princess presents the music video for “I Just Made A Jugg”, her new single produced by Bobby Shmurda/Soulja Boy collaborator Bighead. The video was shot by Ryan Givens along historical Edgewood Avenue in Atlanta, where Kia currently resides. â€œI Just Made A Juggâ€ appears onÂ #EVERSINCEthePrequel, her new EP out now (Soundcloud). She also has several videos to her credit including 2013â€™s â€œNo Limitâ€.

SFHH: Artists have all kinds of wild stories about how their name came about. How did you get your name?

Kia Rap Princess: My birth name is “Nekia” but everybody shortens it and Calls me “Kia”. Rapping was always something I was more than average at (lol) and it has been a part of my life for more than half of my life (the true people who know me, know this) so that’s where the “Rap” part came in. Everybody questions the “Princess” part because they say my rhymes and delivery are above a princess level. But for me I feel I have always been somewhat of a “Princess” of my family, in my art and I’m a student of hiphop and the culture in general. I always felt everything that I was accomplishing and also going through with trying to pursue music was always a learning experience to develop me into my QUEENdom in Hip Hop. So until that day, that I fully know all there is to know in my journey I’m the Princess of Rap named KIA.

Kia Rap Princess: Â Â Growing up in Milwaukee developed the person I am today. Although I had a great childhood, growing up in the city of Milwaukee taught me a lot about life and people in general. Your first example is going to always be your hometown because that is where you spent the most time. So itâ€™s in Milwaukee I learned about segregation, incarceration, good people, bad people, where to hang where not to hang, How to survive your struggle, how to never take NO for an answer, how to hustle. My city has a lot to offer, beautiful people and a lot of history but it also taught me a prophet is not respected on their own land and sometimes you have to decide to accept the circumstances around you, or change them.

SFHH: Â You moved to Atlanta a while back. How has the move been?

Kia Rap Princess: Â Speaking of changing your circumstances (lol). My experiences in Atlanta will forever have a chapter in my life journey. I originally came out here just to network with people whom I normally wouldn’t get a chance to in my own city. I had some ups and downs, trials and triumphs. But the biggest thing I’m proud of in my journey to ATL is my courage to step out on faith and go for what was in my heart. I look back on everything I’ve done out here and I feel blessed because I didn’t give up when things seemed they were falling apart. (Which is too easy to do). I learned a lot about friendships and relationships… music business vs talent. I learned a lot about money and not living beyond your means (major key), and knowing what works for you and not trying to be a part of every circle because every circle ainâ€™t for you. I learned sometimes you will be tested and with every test there is a lesson, good or bad. I also learned that it’s NOT ME, It’s GOD, and if I can stay out of his way, the battle is already won. There’s so much more but those are a few of the major things I have learned and grew from. Thank you ATLANTA.

SFHH: Â Tell us what a â€˜juggâ€™ is, and how that slang came about.

Kia Rap Princess: Â Jugg is not a word I made up but a term used in the urban community to describe a “come up”. The best part about it is EVERYONE has made a jugg once or twice in their life. If you work a 9-5 your paycheck is your jugg. If youâ€™re in school when you graduate and get your degree/diploma you just made a Jugg. If youâ€™re in the streets your product is your jugg. For me Music is how I jugg. When I go to a show and sell merch or a cd, I just made a jugg. If I gain a follower/supporter I just made a jugg, if a promoter books me for a show, I just made a jugg. Basically it’s whatever you’re doing in life to make a come up, and I salute all who is doing just that to make a positive change in their life.

SFHH: Â Â What are your predictions for the presidential race?

Kia Rap Princess: Â There’s so much I can say about the presidential race especially the current one. One thing I do feel is it has been watered down and made a mockery of through social media and the media in general. It has been more like watching an episode of Love and Hip Hop rather than watching a presidential campaign. If anyone was going to get my vote (not that I think any of our votes truly matter but that’s another conversation) I would vote for Bernie Sanders, but I also know that it’s going to take more than a new president to really tackle the true issues of America and this world in general. We need to truly open our eyes to what’s really going on and until there’s more than 5% WOKE to the real issues around us, we will only see 10% of change 85% of the time. Now do that math.